In the 2004 Presidential election, Republicans took a quote from John Kerry about his vote on Iraq war funding and rode it all the way to a Bush win. Karl Rove described it as "the gift that kept on giving".

Well, it's Christmas for the Democrats at last. Besides the video above, we've got a lot of nuggets from the senator: 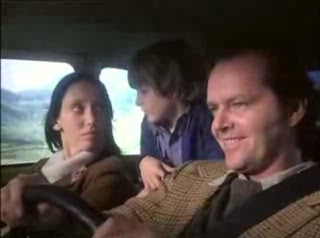 "Shining", a Feel-Good Fatherhood Movie
One kind of internet video I love is the "recut trailer", where different music and sequencing makes horror films out of family movies, and romantic comedies out of slasher films. There are a lot of them out on YouTube, but it takes some really good editing skills and awareness of cliches to really make a good one. Here are ones that have given me a lot of laughs.
These aren't movie trailer spoofs, but are still funny audio/video recuts: