If you're a web software developer and in the market for a job right now, this list of questions to ask your potential employer could be helpful:

Now it's not a perfect list, since it's obviously skewed towards a open-source/java enterprise web developer. But if you find it useful, here it is! Good luck.
at September 24, 2008 No comments:

Bush economics: how many ways can you show it? 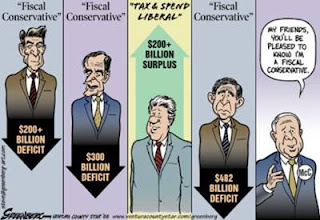 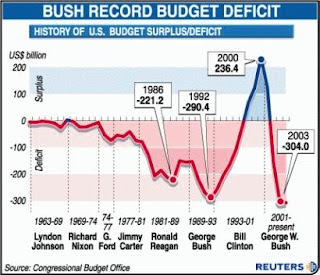 This is a widely circulated post on the internet right now. I'm not sure if the original author is known. It's a brilliant statement on the lies & hypocracy going on in the 2008 Presidential Election right now. Enjoy! - Greg

I'm a little confused. Let me see if I have this straight.....

If you grow up in Hawaii, raised by your grandparents, you're 'exotic, different.'
Grow up in Alaska eating mooseburgers, a quintessential American story.

If your name is Barack you're a radical, unpatriotic Muslim.
Name your kids Willow, Trig, and Track; you're a maverick.

Graduate from Harvard law School and you are unstable.
Attend 5 different small colleges before graduating, you're well grounded.

If you spend 3 years as a brilliant community organizer, become the first black President of the Harvard Law Review, create a voter registration drive that registers 150,000 new voters, spend 12 years as a Constitutional Law professor, spend 8 years as a State Senator representing a district with over 750,000 people, become chairman of the state Senate's Health and Human Services committee, spend 4 years in the United States Senate representing a state of 13 million people while sponsoring 131 bills and serving on the Foreign Affairs, Environment and Public Works and Veteran's Affairs committees, you don't have any real leadership experience.

If your total resume is: local weather girl, 4 years on the city council, 6 years as the mayor of a town with less than 7,000 people, and 20 months as the governor of a state with only 650,000 people, then you're qualified to become the country's second highest ranking executive.

If you have been married to the same woman for 19 years while raising 2 beautiful daughters, all within Protestant churches, you're not a real Christian.

If you cheated on your first wife with a rich heiress, and left your disfigured wife and married the heiress the next month, you're a Christian.

If you teach responsible, age appropriate sex education, including the proper use of birth control, you are eroding the fiber of society.

If, while governor, you staunchly advocate abstinence only, with no other option in sex education in your state's school system while your unwed teen daughter ends up pregnant, you're very responsible.

If your wife is a Harvard graduate lawyer who gave up a position in a prestigious law firm to work for the betterment of her inner city community, then gave that up to raise a family, your family's values don't represent America's.

If your husband is nicknamed 'First Dude', with at least one DWI conviction and no college education, who didn't register to vote until age 25 and once was a member of a group that advocated the secession of Alaska from the USA, your family is extremely admirable.

[ In another version I've seen of the letter, these lines are added. - Greg ]

If you're a Democrat and you make a VP pick without fully vetting the individual you're 'reckless.'
A Republican who doesn't fully vet is a 'maverick.'

If you manage a multi-million dollar nationwide campaign, you are an 'empty suit'.
If you are a part time mayor of a town of 7000 people, you are an 'experienced executive'.

If you go to a south side Chicago church, your beliefs are 'extremist'.
If you believe in creationism and don't believe gobal warming is man made, you are 'strongly principled'.

If you're a black single mother of 4 who waits for 22 hours after her water breaks to seek medical attention, you're an irresponsible parent, endangering the life of your unborn child.
But if you're a white married mother who waits 22 hours, you're spunky.

If you kill an endangered species, you're an excellent hunter.
If you have an abortion you're not a christian, you're a murderer ( forget about if it happened while being date raped)

No Hypocrite Left Behind 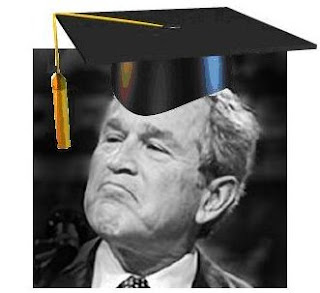 On Tuesday, two of McCain's surrogates bashed Obama's work in the community. Then, as if it never happened, John McCain himself made an impassioned plea on Thursday for Americans to contribute to their communities. Yes! He did! (See the quotes below.)

How can the Republicans do something so blatantly hypocritical? Easy, it's their theme! Bald -face lies make Republicans feel so good, they can't hold back their cheers of "USA! USA!" and "Drill baby, drill!" Now McCain is taking a page from GW Bush's "education president" strategy, and telling us soulfully that "education is the civil rights issue of this century."

Here's what Rudy, Sarah and John said in the last few days:

"I guess a small-town mayor is sort of like a 'community organizer,' except that you have actual responsibilities. ... My fellow citizens, the American presidency is not supposed to be a journey of 'personal discovery.' This world of threats and dangers is not just a community, and it doesn't just need an organizer." 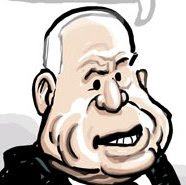 "My friends, if you find faults with our country, make it a better one. If you’re disappointed with the mistakes of government, join its ranks and work to correct them. Enlist…enlist in our Armed Forces. Become a teacher. Enter the ministry. Run for public office. Feed a hungry child. Teach an — an illiterate adult to read. Comfort the afflicted. Defend the rights of the oppressed. Our country will be the better, and you will be the happier, because nothing brings greater happiness in life than to serve a cause greater than yourself."